CDE Research Engineer Marcia Saul shares the background on her research with industry partner BrainTrainUK, to help us understand the potential impact this research could have.

âMy research question involves understanding the role of an interpersonal interaction known as âinterbrain synchronyâ, which occurs between two or more individuals. The process is described as a form of interaction which is distinctive to what you can typically see, hear or feel when interacting with another person. This level of interaction occurs as a relationship between the activities of the neuronal activity in the brains of the individuals involved in the interaction. Specifically, my project focuses on what effects an increased level of interbrain synchrony can have on further research of social anxiety disorder.

An experiment I conducted last year has been accepted as an abstract for the Brain-Computer Interfaces ( BCI) Society Meeting in 2021; it is one of the first papers to test for a relationship between self-reported levels of social anxiety and interbrain synchrony. Participants interacted with each other through a game which simulated the dynamics of the Prisonerâs Dilemma experiment and were asked to assign a rating to their own levels of social anxiety. As they interacted through the game, their brainwaves were measured simultaneously.

The study relates to how technological approaches for mental health applications are becoming increasingly popular and relevant to the general public. It is very important to investigate and evaluate contemporary techniques that have the potential to have great effect for helping people who may suffer from mental health disorders improve their quality of life.

Throughout my experience I have found that, academically, my research will produce findings that are considered novel in the newly emerging field of two-person neuroscience. Furthermore, the impact that this research has on the industry is that it facilitates the understanding, by providing the scientific grounding, of potential avenues of treatment for social anxiety using technologies such as: neurofeedback (the use of an individualâs brain activity to provide stimuli, typically auditory or visual, to the individual themselves), virtual or remote consultation sessions, and even interactions through online gaming.

I find this exciting because while gaming itself has been scientifically proven to show relationships with interaction and emotion, it can also be used as a means to conduct research due to how the mind and body react similiarly to gaming environments as they do to real life environments.â

Marcia joined CDE Engineering Doctorate (EngD) at Bournemouth University in 2017 after having successfully completing a BSc in Biology with Psychology at Royal Holloway, University of London and an MSc in Computational Neuroscience & Cognitive Robotics at the University of Birmingham. Marciaâs research is funded by the Engineering & Physical Sciences Research Council (EPSRC). Her main field of interest is computational neuroscience, brain-computer interfaces and machine learning with the use of games in applications for rehabilitation and improving the quality of life for individuals who suffer from mental health disorders.

Here Marcia explains the key benefits of working with her industrial partner BrainTrainUK; âA key benefit for me working with an industrial partner, is seeing first-hand the impact research can have on companies making informed decisions on the approaches they take for their business. It also allows you to open your perspective to the industrial approach and the academic approach to research and development problems and prepare you for a future down either route â or both. The benefit for industrial companies, particularly those who are client-facing and deal with issues to do with client psychology or physiology, are more likely to instil confidence in their clients because the approach that the company takes is backed by scientific research. It also allows companies the means to generate, test or understand new or existing theories related to their business which could help develop the company further.â

Applied Neuroscience Solutions Ltd (trading as BrainTrainUK) are the leading UK service provider for Advanced QEEG Brain Mapping and EEG Neurofeedback services. This research expands our academic footprint, gives us access to expertise to test our ideas and vision out, and develops our relationships with other academic institutions.

Stuart obtained a BSc in Electronic Engineering from Kingâs College London and Masterâs in Coaching & Development from Portsmouth Business School. Stuart is a Chartered Engineer and has worked in defence, management consultancy and healthcare. He was Executive Director at the Cromwell Hospital in Kensington from 2009 to 2012. His interest in the intersection of technology and wellbeing led him to Neurofeedback and how it could be used for therapy and peak performance, founding BrainTrainUK in 2013. BrainTrainUK specialises in anxiety issues and developmental trauma.

Dr Fred Charles’ main research interests focus on Computational Intelligence applied to Computer Games including Artificial Intelligence combined with Human-Computer Interaction. For the last 18+ years, he has been involved in research on Interactive Storytelling which led to the development of several interactive systems which have won several awards. More recently, he has been involved in the development of several prototypes in the field of Brain-Computer Interfaces (BCI) using affective interaction (PFC asymmetry) in a Neurofeedback paradigm using EEG and FNIRS.

Dr Xun He is an experimental psychologist and social neuroscientist. He studies the behavioural components and neural underpinnings of social attention and social perception. The main research question Xun asks is how human attention and perception performance is shaped by social interactions. He is an expert in the electroencephalography (EEG) technique, including the hyperscanning EEG (recording EEG from multiple persons simultaneously) employed in the current project. 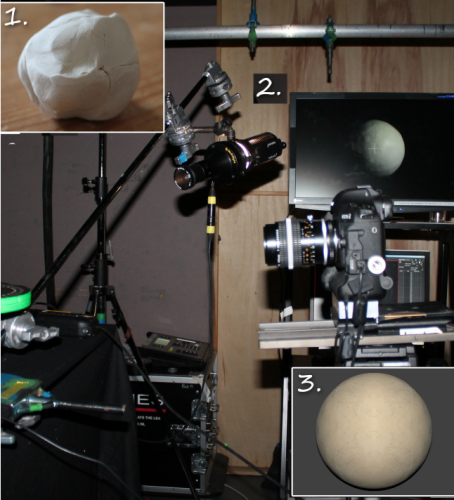